This three-day Training in Fundamentals of Random Vibration and Shock Testing covers all the information required to plan, perform, and interpret the results of all types of dynamic testing. Some of the additional areas covered are fixture design, field data measurement and interpretation, evolution of test standards and HALT/HASS processes.

This class is applicable to ANY vibration and shock testing done to environmental test standards including MIL-STD-810, DO-160, IEC specifications, and all other documents which provide test methodology for environmental testing. The test methods explained and taught in this class apply to testing of ANY equipment subjected to dynamic environments whether it is intended for military/aerospace, commercial, or consumer use.

In addition to numerous photographs and videos the class will visit an operational vibration laboratory where they will see vibration test equipment in use. The lab visit will include a demonstration of the vibration test equipment and test techniques discussed in class. An instrumented resonant structure is excited first with slowly sweeping constant acceleration sine vibration. As the frequency increases the observers will directly see the decrease in displacement. The sine vibration demonstration will be followed by an all-frequencies-simultaneous random vibration. Responses will be are compared.

Classroom discussion is supported by projected visuals and video clips. Commencing with a review of basic vibrations, we will explore vibration measurements and analysis. We will compare sinusoidal vs. random vibration testing systems, specifications, standards and procedures. We will emphasize vibration and shock test fixture design, fabrication, experimental evaluation, and usage. We will study shock measurement, shock response spectrum (SRS) and shock testing.

The course is completely interactive. Students will have the opportunity to ask questions and request clarification throughout the class time.

The course emphasizes topics you will use immediately. Suppliers to the military services protectively install commercial-off-the-shelf (COTS) equipment in our flight and land vehicles and in shipboard locations where vibration and shock can be severe. We laboratory test the protected equipment (1) to assure maximum equipment survival and possible combat, also (2) to meet commercial test standards, IEC documents, military standards such as STANAG or MIL-STD-810H, DO-160, etc. Few if any engineering schools teach about such protection or such testing. Hence this specialized course.

After this short course training in Fundamentals of Random Vibration and Shock Testing, you will be able to 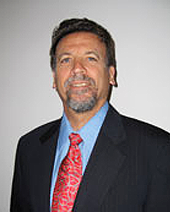